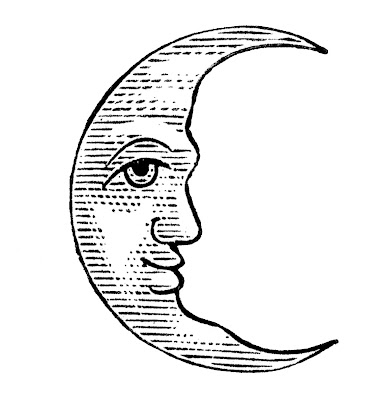 Auditions for Moon Over Buffalo will be Jan. 3 and 4 at 7:00 pm in the basement Council room of the Lanesboro Community Center. This is going to be a FUN show! Director Barbara Benson Keith will be looking for 4 men and 4 women of all ages. No preparation is necessary to audition. Just show up either night. You will be asked to read from the script. We hope to see you there!
SYNOPSIS: Set in June 1953, 'Moon Over Buffalo', Ludwig’s raucous farce, captures the rich pandemonium in a small theater company’s attempt to stage a show and adds merciless complications for heightened comedic effect. The play focuses on a second-rate, dysfunctional theater troupe led by George and Charlotte Hay, two seasoned hams with dreams of glory. Fate has given them one more shot at starring roles in The Scarlet Pimpernel epic and director Frank Capra himself is en route to Buffalo to catch their matinee performance. Unfortunately, Capra's timing couldn't be worse and they are forced to deal with jealousies, mistaken identities, drunkenness and hilarious misunderstandings. However, they make every effort to salvage their production and stay true to that old stage mantra: The show must go on. Originally opening on Broadway in 1995, the play is known for bringing Carol Burnett back to live theater after 30 years and earning her a Tony Award nomination for best actress.
Character Descriptions:

top actor. As leader of his own acting troupe, George has always had aspirations to be famous. He’s a bit of a ladies man but really is devoted to his wife, Charlotte.

Charlotte Hay: (Late 40s-50s) is very much a drama queen. She helps to run the acting troupe and plays all the leads even the ones she’s a bit old for. She is a consummate actress who still has dreams of being a star--at all costs! She loves George but is getting tired of his philandering.

Ethel: (late 60s) is Charlotte's mother--close to her daughter, but not happy with her daughter’s choice of a husband. She is also an actress--very witty, and doesn't take any crap from anyone! She is very hard of hearing, which leads to comic misunderstandings.

Rosalind Hay: (20s/30s) George and Charlotte's daughter, used to be an actress and a member of their acting troupe, but she decided that she wanted a real career, so she left--determined never to act again--or be like her parents! Rosalind is, in fact, always repressing her dramatic side, but it’s a losing battle by the end. She has a new fiancé, Howard, but she used to be in love with an actor in her parent's troupe, Paul.

Howard: (20s/30s) is Rosalind's fiancé--a weatherman--so he considers himself to be in the "acting" business. He comes across as a wimp, a little annoying, nervous, and very excitable.

Eileen: (20s) is an aspiring actress, eager to please. She has a crush on George and has been having a fling with him. Eileen wants to be a leading actress with the company, and she comes across very flighty and naïve, but ultimately will do anything to get what she wants.

Paul: (20s/30s/40s) is a member of the acting troupe, who used to be with Rosalind and still loves her and wants her back; but he is an actor first and foremost, so he wouldn't leave the troupe to be with her. Paul has a quiet, subtle sense of humor and often holds the company together.

Richard: (50s) He is George and Charlotte's attorney, but he is in love with Charlotte--always trying to get her to leave George. He is wealthy and used to getting what he wants, and he is both amused and perplexed by the Hay family.